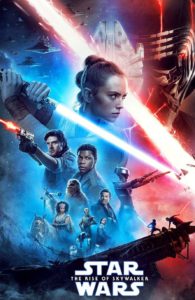 This week a very exciting thing happened…May the 4th!  Now I know many of you are like what? Why is this important?  Well I am a Star Wars nut and May 4th Disney+ released the final chapter episode IX to their streaming service!  Back in January and February I went to see the movie in theaters a couple different times.  I just had to!  The last time I went by myself to an afternoon show and had basically the whole theater to myself!  As I sat there watching the movie, I actually took out a notepad and started writing notes about how this movie was bringing to light so much of my Christian walk!

I’m sure people would have been staring and talking under their breath…if I wasn’t 1 of 3 others in the whole theater!  I truly looked like a crazy person taking notes on this movie!  Now that it is streaming and I can watch it at my leisure I have even more enlightenment when it comes to the Christian parallels…welcome to my musings…warning there be spoilers ahead!

In all the other movies, I have really disliked Kylo Ren’s character.  I’m assuming, that as a bad guy this was the point.  I mean he killed his father, the legendary Han Solo!  Who could like this person!!!!  He doesn’t even look that great.  I mean I know these movies aren’t about stud muffins and its more of the epic story but there was no romantic feeling at all for me.

That is until this movie.  Ben Solo suddenly turned from this evil gross Supreme Leader into a lovable and cry over-able character!  I literally fell in love with him and yes…there were some girly bubble hearts going on inside my head.  This is because of the transformation his character goes through and the renewal of spirit that makes him change, body, soul and spirit. 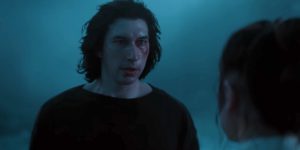 God does not give up on those that are lost.  When God is in others they become beautiful.  Have you ever seen anyone truly in love with God?  They glow with the spirit and everyone wants to be around them.  This is like Ray and Leia.  They both have the force within them.  They make others want to follow in their paths and become part of their trusted inner circle.

God creates beauty.  Even in his evilness, Kylo Ren has goodness.  It is why he questions his actions and ultimately what stays his hand each and every time he encounters Ray.  Kylo Ren is like all of us sinners who have come to God and given ourselves over to Him. 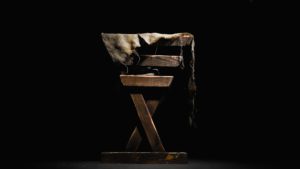 Photo by Greyson Joralemon on Unsplash

Most Christians know just how significant blood is.  Genes also play an important role in the Bible, Jesus was essentially bred from the line of Abraham through both Mary and Joseph (more here). While we may feel that we have generational curses on us or that our family is doomed to repeat sinful behavior, ultimately, your blood does not determine your salvation.  Blood does however save.  The blood of Jesus that was spilled on the cross is what saves us!  Even if we have gentile blood we are saved.  Our blood does not determine our future, just like Ray’s blood does not automatically make her a Sith Empress.

Your past and genetics do not dictate who you are.  Ben Solo is like the prodigal son.  Luke 15:21 states: “The son said to him, ‘Father, I have sinned against heaven and against you. I am no longer worthy to be called your son” (ESV). His father does not care but throws a robe around him and welcomes him back to his home (Luke 15:22-24). This is a parallel to Ben as he comes back from the dark side because of the overwhelming love shown to him by Leah, Han and Ren.  His dad comes to him after he has been miraculously healed.  He tells him that it is never too late to return home because the legacy that his mother, Leah, left is still there.  Forgiveness is what Han offers his son.  Forgiveness and Love.

Christ has forgiven us everything we have ever done or will do.  There is nothing you can hide from Him and there is nothing that you can not be forgiven of.  Han tells his son “Kylo Ren is dead. My son is alive”.  He goes on to tell him that everything his mother stood for was still home and Ben could go back. Kylo Ren has been beautifully broken and like his sith helmet he has been stitched back together both literally and figuratively.

Kylo Ren’s exit from this movie is by far my favorite scene probably in any movie.  My favorite part is how he humbly bows after being given Luke’s light saber by Ray.  He is showing a type of humility and grace before he inevitably kills his former knights. You can also see that he no longer fights with hate.  His whole stance changes as he accepts light into his life. This movie starts with him in a battle and he looks fierce and mean and honestly not very likable.

The end of the movie he changes.  His entire demeanor becomes more loving and yes he becomes a gorgeous hunk…there I said it!

He is bloody, beaten and oh so beautiful.  He gives up the life force that Wren used to heal him and in doing so sacrifices himself.  He then, like the Jedi before him, becomes a part of the force.  Oh the love story is real in this movie y’all.  It is not a romantic love but a love of oneself and accepting what is right and light into life.  You can see the peace in Ben before he dies.  This can be seen in everyone who has encountered the Holy Spirit.  Ben has been redeemed and in death he knows he will be joined into the force and therefore be with Wren.  It is never too late to become a Jedi much like it is never too late to declare Jesus as your Lord and Savior and enter into Heaven.

I love Star Wars…obviously!  If you want to see the whole Stars Wars series beginning to end get your very own Disney+ account today!  Not too mention so many other movies!  If you are middle aged like me (yes I said it I am middle aged cue mid-life crisis!) you will appreciate many of these movies…Willow, The Princess Bride…need I say anymore?  When you sign up you get a 7 day Free trail and then continue for $6.99/month or $69.99/year.

Main take away…Christ’s love is overwhelming and unchanging!  There is no denying it once you feel it!  It changes people inside and out.  There are people out there that are so full with the love of Christ that you can see it shines in them.  Now I know I am making a lot of parallels between a movie and our salvation and some people may not like that…and that’s OK.  All of this is my own opinion that came to me very strongly while watching this movie.  I have also left out a lot of things that could be pointed out simply because I am no longer in school and do not need to write a thesis paper for y’all!  As always thank you for reading my posts!

Want to do what I do?  Make money working from your living room?  Click Here to become a Wealthy Affiliate!

5 thoughts on “Christianity in Star Wars: The Rise of Skywalker Review”